If you’ve ever had a toothache, you know how painful they can be. It could be a condition called pulpitis. Pulpitis can be caused by a trauma or injury such as a fracture to the tooth. Most often, though, it is a consequence of an untreated dental cavity.

How Do You Get Pulpitis?

Teeth are made up of layers. If they are damaged or not cleaned properly, cavity-forming acids and bacteria can attack the outer layer, known as enamel. (Refer to our article What is a Cavity, Exactly? to learn about this process.) Beneath the enamel is the next layer, called dentin. The dentin protects the inner core of the tooth, sometimes called the pulp chamber.

Inside the pulp chamber are nerves and blood vessels. Just like the roots of a plant, they bring nutrients to each tooth. Unfortunately, the dentin that protects this area of the tooth is softer than enamel. Once a cavity has gotten deep enough to go through the enamel, it will start to eat away at the weaker dentin. When it breaks through into the pulp chamber, the result is pulpitis.

Why Does Pulpitis Hurt So Much?

The definition of pulpitis is inflammation of dental pulp tissue caused by bacteria inside a tooth’s pulp chamber. The inflammation and swelling of the tissue around the nerves and blood vessels occurs deep inside your tooth. Trapped inside the hard dentin and enamel walls, there is nowhere for the pressure to go when the tissue starts to swell. This is why pulpitis can be so painful.

If you have pain only when you’re eating, you may have a very mild form of reversible pulpitis. More serious cases will show up as increased sensitivity to hot or cold, and to sweet foods. An infection can set in, causing more intense, throbbing pain, even when you’re not eating.

If left untreated, pulpitis can get more serious and become irreversible. Symptoms of irreversible pulpitis include more extreme and constant pain, fever, and swollen lymph nodes. It is very important to treat pulpitis before it becomes irreversible. 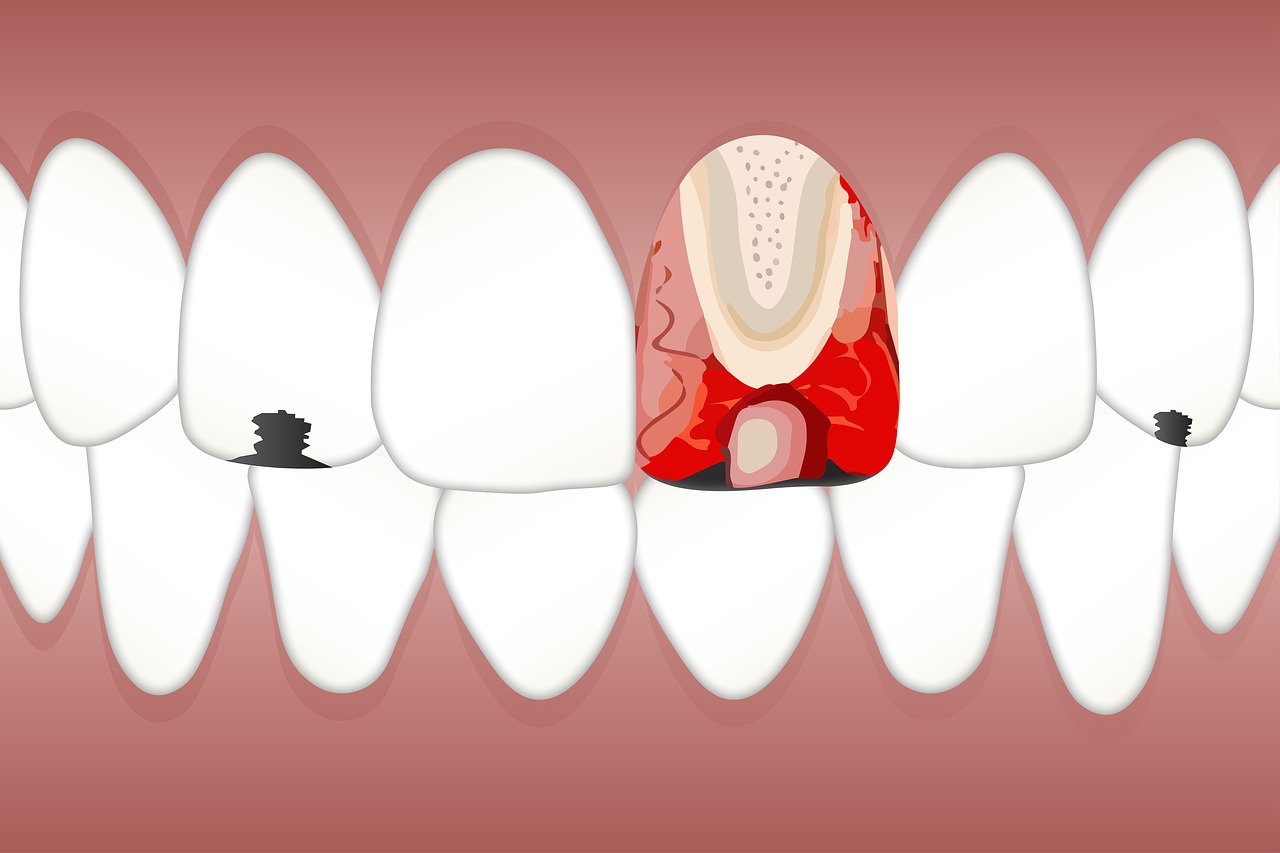 Mild forms of pulpitis are referred to as reversible pulpitis. The condition is treatable and your tooth can return to its normal, healthy state. This is possible when the tissue is still alive. If an inflamed tooth is responding to stimuli like hot and cold, it tells dentists that it isn’t dead. This is the best-case scenario and you may simply need to have the cavity filled. As discussed in Do I Need to Get My Cavity Filled?, putting off treatment can lead to more serious issues.

If your pulpitis has resulted in an infection or abscess, it may be irreversible pulpitis. It is irreversible when the pulp tissue is damaged beyond repair—most likely, it is dead.

Just because your tooth may be dead does not mean you should just leave it alone. Infections in dead teeth can still spread, moving into the jaw, sinuses, and in extreme cases, the brain.

Dentists will treat a dead tooth in one of two ways: root canal or extraction. The first step in a root canal is a pulpectomy. The dentist removes the damaged and infected pulp tissue. The pulp chamber is emptied and cleaned. This prepares it for the next step. where it is filled in and sealed.

When a dead tooth can’t be saved with a root canal, a dentist may opt for extraction, removing it entirely. In cases of both root canal and extraction, you may be prescribed antibiotics to treat the infection.

Preventive dental care is key to avoiding issues like pulpitis. Proper oral hygiene and regular visits to the dentist can keep your teeth healthy and cavity-free. If you do all you can to stop tooth decay before it attacks your enamel, you may never have to deal with the pain associated with pulpitis.

If you do suspect you have a cavity, see your dentist right away. Having a small, superficial cavity filled will be less painful than pulpitis and a possible root canal.

The same goes for any injury or trauma to your teeth. See a dentist immediately if you get a chip or a crack. If you do not have a dentist, use our search tool to find one near you.

Whether a mouth sore pops up inside the cheek, under the tongue, or on the lip, it is never a...

Decay Under Crowns: What to Watch For and How to Fix It

Crowns are common after a root canal procedure. And people might assume a crown has totally fixed their infected tooth....

A beautiful smile can be yours, but it often comes with a hefty price tag. If you have dental insurance,...

Will Dental Implants Get Cheaper?

There’s no getting around it—dental implants are expensive, and they’re rarely covered by insurance. You might be wondering if you...